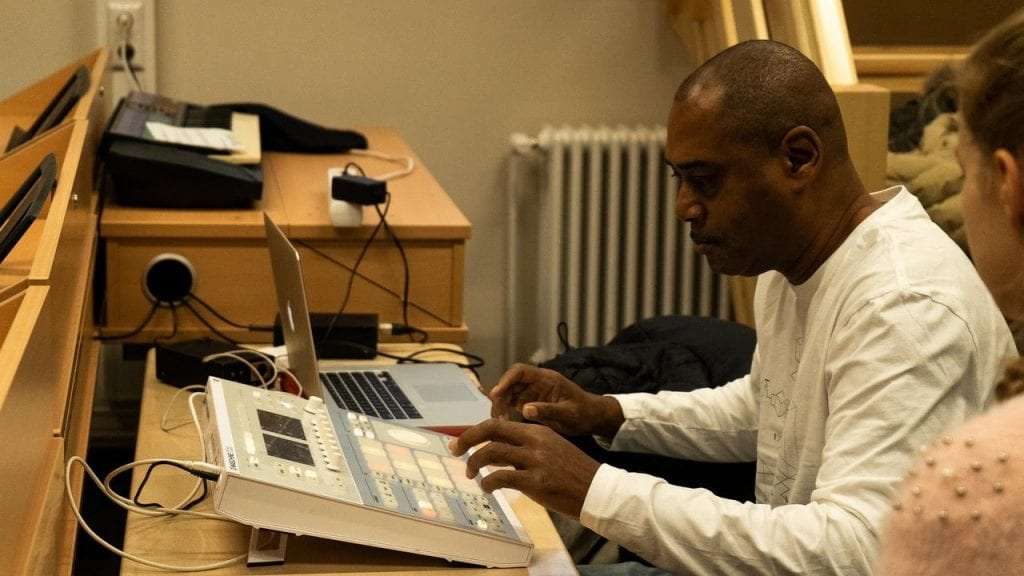 We mourn the loss of Mike Huckaby, a DJ, producer, remixer, mentor, influencer and global ambassador par excellence of Detroit electronic dance music. He was in recovery from a prior illness when he died Friday April 24 from complications from the coronavirus.

Known by his many friends and fans simply as ‘Huck,’ Mike represented the best of Detroit creative attitude, curiosity, inspiration and expression; a man of few words, he let his and other people’s music he performed in his sets do the talking.

He was fluent in house, which was the foundation of his Deep Transportation label; and in even deeper house and dub techno, which was more likely to land on his sub label, SYNTH.

In 2005, he collaborated with Deepchord’s Rod Modell on the enduring classic ‘Electromagnetic Dowsing,’ before producing a string of limited edition white labels and CDrs called ‘My Life With the Wave.’ The last of that series was released in 2017.

Huckaby was a teacher, and he led instructional workshops around the world for Ableton and Native Instruments. He was a manager and buyer at Record Time, where the influence of his keen ear made the store’s ‘dance room’ – a pioneering concept in itself in the early- to mid-1990s – a regular and repeated visit by local and international DJs.

He was a tireless performer. Resident Advisor reported Huckaby played over 40 gigs in eight countries in 2019. He played Detroit’s Movement and DEMF festivals several times and was scheduled to appear again at Movement in 2020.

He was also, as Resident Advisor pointed out, a ‘crucial link between Detroit and Berlin,’ first playing Berlin’s famed Tresor club in 1997.

For the Tresor label in celebration of its 20th anniversary in 2011 Huckaby delivered the three-track ‘Tresor EP,’ an acknowledgement of the powerful bond at the heart of the connection between Detroit and Berlin. The track was also part of a mix released by Tresor as a double CD.

Huckaby was a presenter and panelist at the first Detroit-Berlin Connection conference in Detroit in 2014. He remained a friend, a guiding light, simply by being true to himself and to the music he loved.

From Berlin, his old friend Dimitri Hegemann, founder of Tresor and honorary chairman of the Detroit-Berlin Connection, wrote: ‘Mike was always a quiet and humble person. My impression was that he was an honest artist, never crazy, more kind and open for cooperation, Never a mean face when something went wrong.’

Mike Huckaby, a gentleman to the end, was 54.

Honest. Open. Quiet. Humble. All true words spoken by many of us who knew this man. May he rest in peace, and power, and never be forgotten.

Dear Artists, Venues, Promoters, and Supporters
of the Creative Economy:

We recognize that these are hectic times. But even in the most hectic of times, our creative community has risen to the opportunity to support and protect eachother.

Now is the time to support your local artists, venues, and production companies in CREATIVE ways while practicing the crucial exercise of social distancing.

We are urging you all to cancel your events and social plans, stay out of public scenarios if possible, be responsible with heightened sanitation methods, and most importantly, act in the best interest of your neighbors.

While some individuals possess a strong immune system, studies have proven that even the strongest immune systems can act as carriers. It is NOT worth potentially harming the most vulnerable citizens of our community.

The art will still be hanging, the music will still be playing. And after this is better contained we will be able to look back and truly celebrate how resilient we were!

So please, explore creative ways to engage with your audiences and each other in the coming weeks. Let’s demonstrate how the creative community can responsibly and proactively stand together in the face of uncertainty!

Join the global giving movement by making a donation to the Detroit-Berlin Connection for Giving Tuesday! Your tax-deductible donation will be used to help us send an up-and-coming Detroit artist to Berlin for a 6-week creative residency abroad. This life-changing opportunity will help expand their mind while enhancing their craft and their professional network. Change a life and donate here. #GivingTuesday #SupportDetroitArtists #DetroitBerlin

re:publica Detroit is taking place this week and we hope you are just as excited as we are!

#rpDetroit offers a full diversity of speakers, subject matters, perspectives and formats thanks to the many inspiring submissions from the Call for Participation and the support of our amazing co-curators.

We invite you to explore the topic of ACCESS across three tracks: “arts & culture”, “work & new economy” and “mobility & urban space”. We want to raise discussions on complex issues in order to challenge ourselves and ask questions on who receives access to creative expression, economic opportunity and urban mobility in an age of digitalization. Look forward to sessions covering “Surveillance in the Urban Space”, a techno choreopoem set in the year 3071, discussions around Water as a Human Right and talks on the future of mobility. Speakers include Monica Lewis-Patrick, Ingrid LaFleur, Armen Avanessian, Janice Gates, Katie Hearn, Lauren Hood, Tiff Massey, Saskia Sassen, Hossein Derakhshan, Devita Davison, Mark de la Vergne, Katie Hearn, Piper Carter and many more.

Registration is free, and to keep you up to date, we will be reporting via our social media channels on twitter and facebook! Doors open at 10am on both days, Friday, September 27 and Saturday, September 28.

We’re looking forward to welcoming you to two exciting days full of creative ideas, open minds and intense discussions. Enjoy the conference, and make sure to join our evening program including a live performance by Jessica Care Moore, and the closing party at Electric Studio on Saturday night! 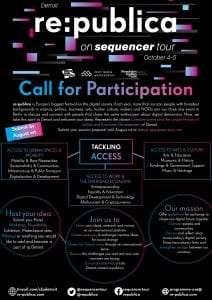 Detroit is all about Access, so let’s dig right in! Submit
your ideas for @republica’s #rpDetroit and join the conference with your own
session. The #CallForParticipation runs until August 1, head this way to get
started: https://detroit.sequencer-tour.com/en/page/detroit-call-participation #Detroit #Access #SequencerTour #DeutschlandjahrUSA #WunderbarTogether 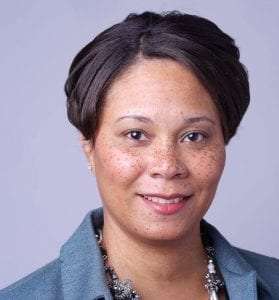 Melia Howard is the District 5 Manager and community liaison.  She’s meeting with and talking to all the businesses and residents in the district to promote unity and harmony.   She holds a Bachelor of Arts Degree in Geography from Wayne State University. She is also affiliated with the following civic organizations, non-profits, and unions: Member for 30+ years of Trumbull Ave. Presbyterian Church; Board Treasurer and Development Director for Physically Fit 4 Hoops; Precinct Delegate-192; Member of the Michigan Democratic Party;Founder and Chairwoman of the Northeast Detroit Democratic Club; Member of the Detroit Branch – NAACP; Member of the League of Women Voters; Member of the Center for Progressive Leadership; Former Teamster member with UPS (United Parcel Service); Former CWA (Communication Workers of America) member Local 4004 with AT&T.

District 5 stretches across both the historic west and east sides of Detroit. The district is home to the Renaissance Center, Eastern Market, the Fisher Building, Ford Field, the Packard Plant, Greektown, the Herman Kiefer Complex, Henry Ford Hospital, Blessed Sacrament Cathedral, General Motors, the DMC, The DIA, the Charles H. Wright Museum of African American History, the East Riverwalk, Pewabic Pottery, and The Dequindre Cut.  While all of District 5’s neighborhoods are dynamic in their own right, several of the most well-known include Midtown, downtown, Brush Park, Indian Village, Boston Edison, West Village, New Center, the North End and Arden Park. 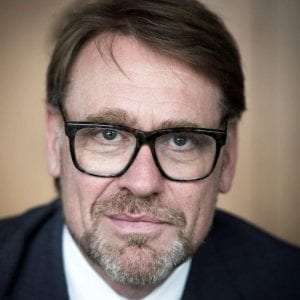 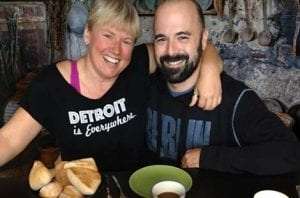 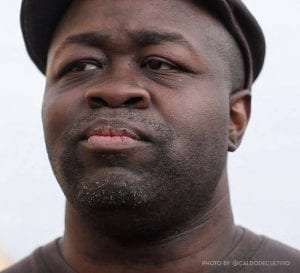